In the 1950s, musicians started to explore computer use for musical activities, often unrelated to real-time processing. However, technological advances have made the computer more present in musical performances, creating research areas such as ubiquitous music (ubimus), which aims to promote tools that support creative musical activities, and Internet of Musical Things (IoMusT), which is described as the use of electronics (sensors, actuators, connectivity, etc) for a musical purpose. Although, the increasingly intelligent and invasive technology has perhaps changed the way we think, sometimes even allowing smart devices to think for us. Thus, a question arises: how ubimus technology has influenced the musicality of human beings. In this paper, some of the key concepts of IoMusT is presented alongside examples using musical robots (RoboMus) and a proposal for robots synchronization including mechanical delay compensation. In addition, some considerations regarded to the interactions design of such technology are drawn. 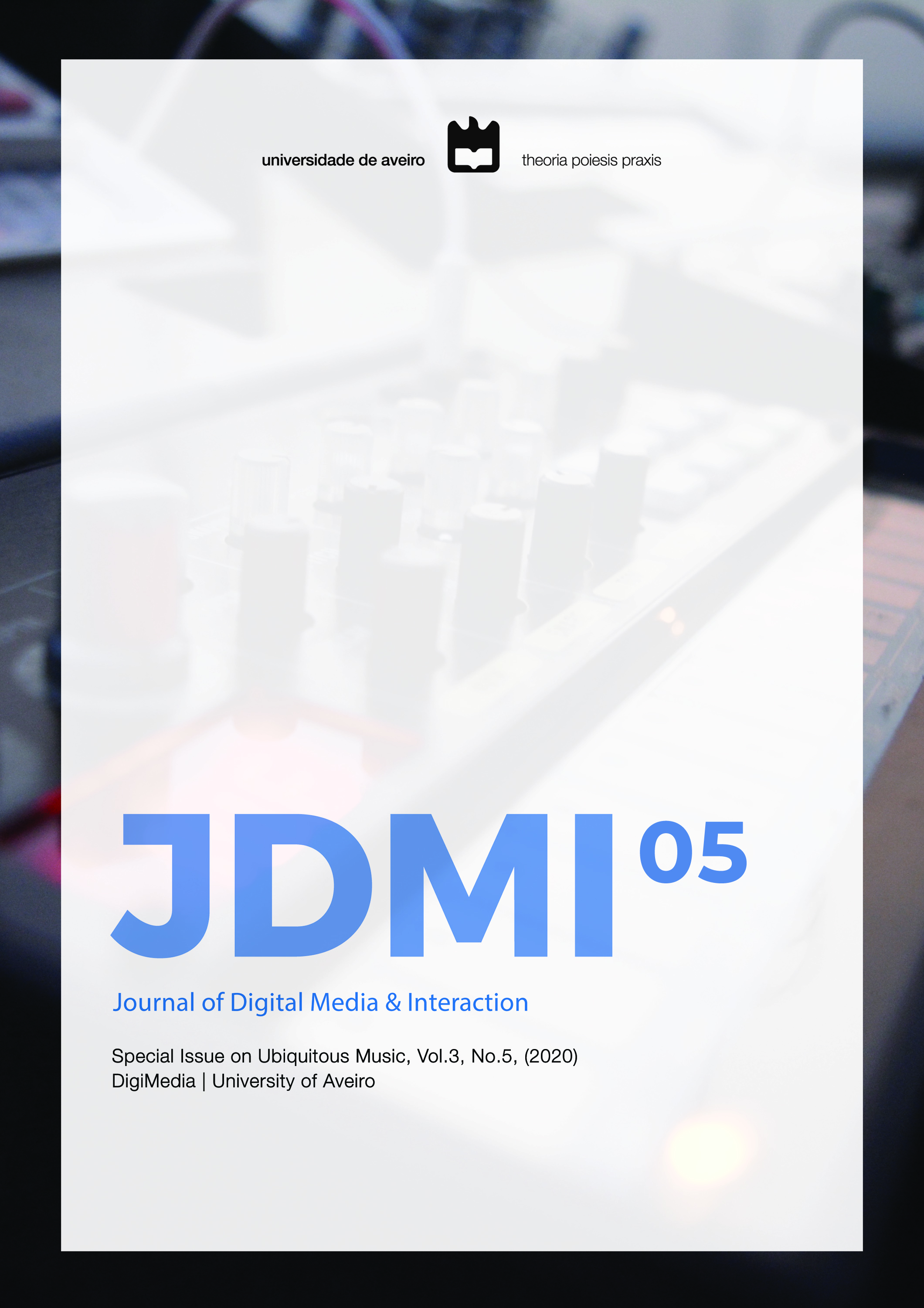